Not So “Pretty in Pink” Bathroom Makeover

Bathroom makeover for only $400

The “Pink Disaster” rental rehab project’s bathroom was truly terrible. Not only was it painted pink, but the tub, sink and toilet were all pink as well. It lacked a shower and had awful peeling vinyl floors.

My first plan of attack was to remove the toilet and replace it with a new WHITE one. This ended up being more complicated than I originally thought as the sub floor was rotted from a slow leak and needed to be replaced. After pulling up the sub floor, it became clear that the old cast iron drain line was also rusted and cracked.

This is common as the cast iron drain is almost 100 years old. It is almost always best when renovating an old home to replace cast iron drain lines with PVC ones rather than waiting for it to fail and cleaning up a leak. PVC is extremely inexpensive and will last for years to come. I had my plumber replace the drain and the sub floor was patched up.

I then set to work refinishing the tub and sink. Both were cast iron models with no rust or scratches. Beware if you do this at home:  open some windows! The tub refinishing kit smells terrible but does what it claims. The tub and sink are now white and neutral.

I used simple peal and stick vinyl tiles for the floors since the bathroom is so small. The tiles are about $1 (some are even less) a square foot and I only needed about 20 to cover the floor. They have a 10 year residential warranty and will hold up well in a rental.

After this, it was time to build the shower wall and run the plumbing for a shower! The old plastic wall tiles were covered with a new shower surround that provided shelf storage. With new paint and new sink legs, the bathroom was ready to go. All in, this bathroom update cost about $400. 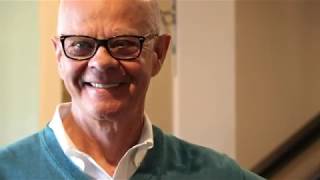